Back to School Blues

After all these years, I’m still mostly a kid who hates to see summer end. 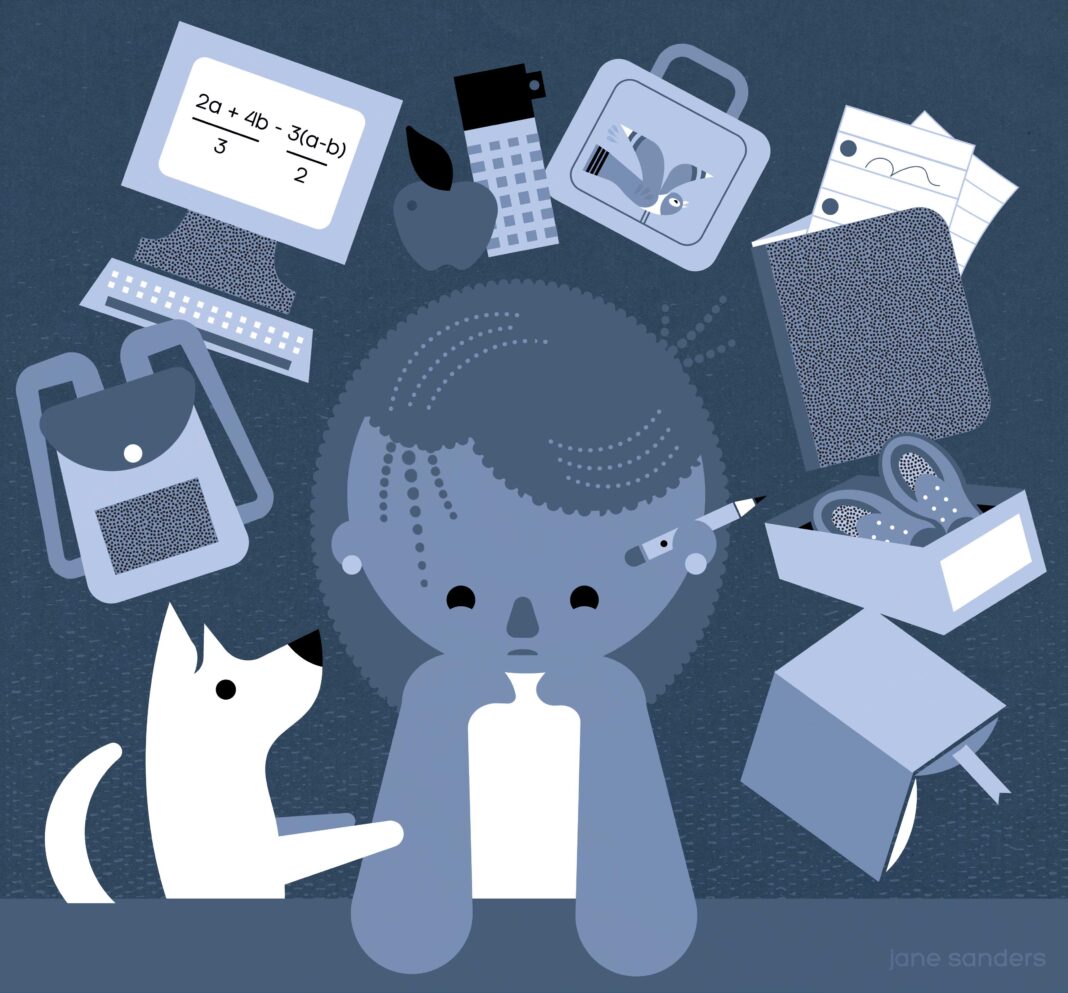 I know, as a mature early-40s mom who also happens to work at a school, I should have an enthusiastic response to going back to school – or at the very least, something I could describe as “mixed feelings.”

I should say something thoughtful about how children thrive on routine and our teachers are so perfectly trained to guide and nurture them into adulthood. Failing that, I could say that I will miss the freedom of summer but that I know my kids will benefit from the structure.

The honest to God truth, though, is that none of that is really accurate. I’m headed back kicking and screaming just as much as my kids are.

It’s not so much the professional side of me that’s resisting. Even though I work at a school, I don’t get summers off, so it’s not like I am upset about my vacation ending. Yes, the pace of things slows down in the summer months, so I can occasionally take the time to grab an iced coffee on my way in or leave a few minutes early on a Friday … but I love my job, and it’s actually much more fun and rewarding when the kids are there, so that’s not my issue. I’m excited for that part of going “back to school.”

But as a parent, I’m bummed. I absolutely love letting my kids sleep in, pull on whatever clean clothes they can find, and spend the day doing nothing. I love baking banana bread with them at 10:30 p.m. so we can eat it as a midnight snack. I love letting them become ever-so-slightly feral as they roam the neighborhood with other kids.

I recall the hellscape of homeschool in 2020, so I’m not proposing we go back to that anytime soon, but I’m just not quite ready to be back in the grind of 6 a.m. wakeups, uniforms, carpool, homework, lunch-packing, and early bedtimes. (And that doesn’t even get into how much I absolutely and completely dread the germs that always accompany the reopening of school. Even pre-COVID, I worried about all the viruses my kids would inevitably bring home.)

But even though I don’t have any desire to homeschool my kids, I do wish we had a few more weeks of summer left. Maybe if we didn’t start school until after Labor Day, I’d have time to get more ready for school or at least more tired of summer. (Bonus: If we didn’t start until after Labor Day, we’d miss the height of hurricane season and avoid the extra layer of the uncertainty and chaos that causes almost every year.)

It’s not that I’m not ready. I’ve dutifully ordered new backpacks and lunch boxes and uniforms and PE clothes. They did the summer reading and the required hours of online math work. They’ve had their annual check-ups and I’ve turned in the medical forms and all of that stuff.

I’ve even tried to pump myself up by watching TikTok lunch videos – all of which reveal to me just how lazy I am because I am never, ever, ever going to cut a cucumber into flower shapes or use toothpicks to give a Twinkie googly eyes.

I also got it in my head that Georgia needed a “homework station,” so when we found a desk at Goodwill with good bones but ugly colors and drawer pulls, I decided it was a sign and bought it on the spot for $40. It won’t win any makeover awards, but once we’d slapped a couple of coats of paint on it and outfitted it with some new drawer pulls, Georgia was delighted … but only wants to use it as a stand for her leopard gecko tank, not as a place to do homework.

Even if she’s less than enthused for homework, though, Georgia is very excited about going back to school because she will be starting middle school this year. (Only someone who has never been to middle school could be excited about middle school.) She has big plans for locker decor, her friend group, and cheerleading.

My older one, who will be starting 10th grade, is much more measured in her emotions, by which I mean she seems to hate everything, including me, all of the time anyway, so it’s difficult to gauge. She is clearly excited about being reunited with her friends after a summer apart, and I think she is potentially happy about the prospect of dying her hair some sort of primary color in the near future, but as for school itself, her true feelings are a mystery.

If my feelings as a parent with regard to back to school are mostly negative, though, it’s nothing compared to how much I hated going back as a kid.

In second grade, I was so miserable that I threw up every single Sunday night. In fourth grade, I got chicken pox so bad that I still have scars – I had them in my mouth and throat, too, so I could barely eat or even swallow small sips of water – but I preferred that level of suffering to school. In middle school, every day was fresh torture in which I just tried to keep my head down and avoid any kind of attention. I had the misfortune of being paired with another unpopular student, Tutt, for Cajun dancing, and everyone called us “Eveis and Tutthead” for the rest of the year, and I would have given literally any of my worldly possessions to be transported to another solar system for the rest of my life.

Once I hit high school, though, things started looking up. By junior year, I actually was thrilled to get my schedule and go with my friends to the mall to buy school supplies and new clothes. I loved helping freshmen open their lockers, showing them the little trick of how you had to spin the dial past the last number in the combination until it stopped. I gave tours of the school to new faculty members and invited new students to sit with our friend group at lunch. I don’t want to say I peaked in high school (because I honestly don’t think I did), but I sure was happy then.

College was an adjustment for me – I surprised myself more than anyone when I decided to go to school 12 hours away from home having never before so much as spent a week at sleepaway camp – but after my anxiety-ridden first year, I was again pretty jazzed to go back to school every August, meet my new professors, and help new students learn the ropes.

And then, for many years, “back to school” stopped being a thing for me. After dreading every August/September  from kindergarten until ninth grade and then loving it from 10th grade until my final year of graduate school, I joined the boring 9-to-5 work force and every day in every month was pretty much the same.

It wasn’t until 2011, when my older one started pre-K4, that I realized I’d come full circle. The first weeks of school were fun – uniforms were a nice change of pace after spending her toddler years enduring numerous last-minute outfit changes based on her whims, and I found a sort of maternal satisfaction in packing her lunch every day (although definitely not with anthropomorphic Twinkies or artfully carved kiwis or anything like that).

By the middle of October, though, I was pregnant with my younger daughter and absolutely dying with both morning sickness and emotions. The smell of peanut butter would wreck me for hours, and I’d end up crying on the floor of the laundry room when I couldn’t find a matching uniform sock. Homework was a battleground, too, even when it was just coloring, and after years of the laissez-faire attendance policy at daycare, the threat of a tardy slip loomed large, and we always managed to pull up to Morning Meeting with just seconds to spare, nerves shot, shirt untucked, hair in a mess.

I was relieved when summer rolled around, and when – all too soon – kindergarten started, I felt that old familiar feeling in the pit of my stomach.

Since then, we’ve been through 10 more “back to school” seasons, with a total of five schools for two kids, and I have eight more years before I won’t have a kid starting school in the fall. You’d think I would’ve made my peace with it, but I’m still that nervous 7-year-old or awkward 13-year-old who doesn’t want summer to end.

But here we are again anyway, regardless of whether I want to do it or not.

Many who marry in New Orleans, especially visitors, are looking for the quintessential New Orleans experience for their wedding....
Restaurants

Couvant to Host A Celebration of Black Truffle Dinner

NEW ORLEANS (press release) – The Helis Foundation is committed to providing access to our rich heritage by underwriting free...