Life is a Cabaret 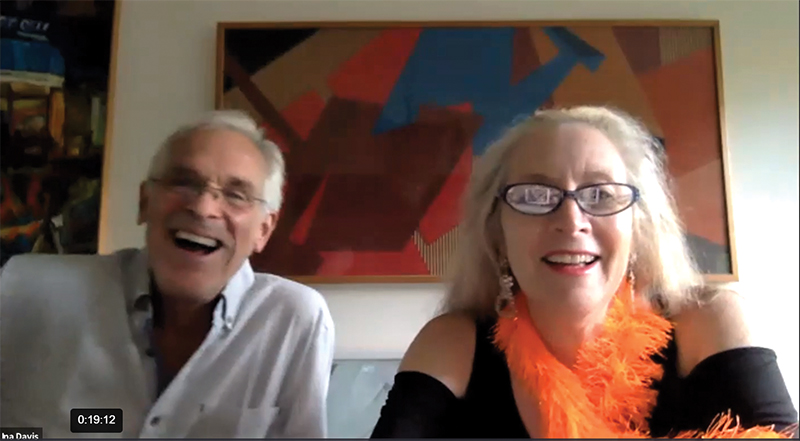 The National Council of Jewish Women hosted “A Diva Cabaret Zoom Party” virtual gala on August 8 featuring the renowned theater, dance and burlesque duo Kitten N’ Lou as principal entertainment. The pair performed a medley of songs to the delight of nearly 80 patrons in attendance.

Diva Laveau Contraire served as Emcee extraordinaire with a total of three costume changes amidst singing and dancing.

Patrons were treated to champagne, chocolates and a colorful boa courtesy of Jeffrey Goldring of Sazerac Company.

Some of the NCJW Patrons who enjoyed the show

Amid planning, it can be easy to forget to take time for yourselves. Lucky for couples, not only does...
Theatre + Art

NEW ORLEANS (press release) – In honor of World Baking Day and to celebrate the return of WAITRESS to New Orleans, WAITRESS and Windowsill Pies have...
Community

NEW ORLEANS (press release) – Audubon Aquarium of the Americas has been inspiring and educating guests about the wonders...
Joie d'Eve

This is the time of the school year where I’ve sort of given up.  My younger kid started the school...
Things To Do

LOUISIANA (press release) – Did you know that about 40% of the coastal wetlands in the lower 48 states are found...

Some of the NCJW Patrons who enjoyed the show