Longue Vue’s “Games in the Gardens” 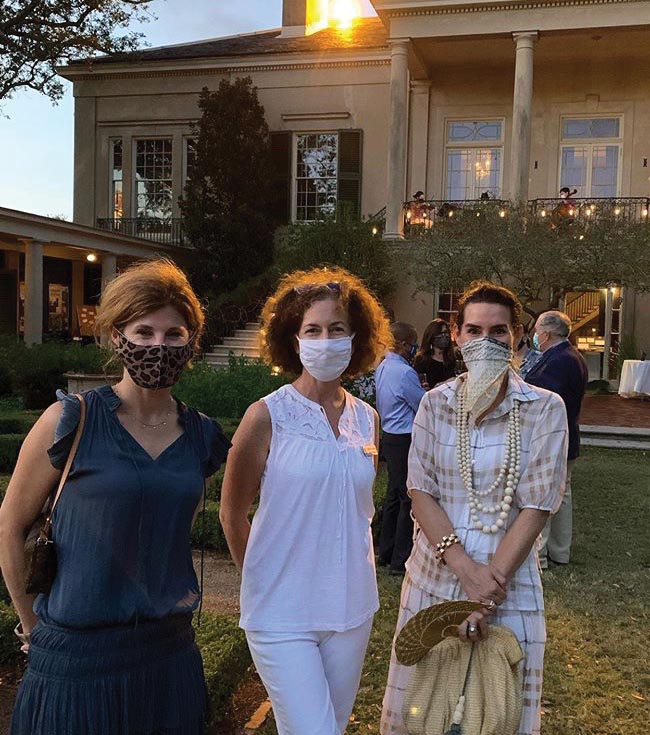 True to its name, “Games in the Gardens” welcomed guests to Longue Vue House and Gardens with a festive, engaging and safe atmosphere throughout the lush grounds. Flower arrangements created from Longue Vue’s gardens decorated the venue. Patrons enjoyed music by the Harry Hardin Trio on the Drawing Room Balcony overlooking Longue Vue’s Portico Garden and Spanish Court. The Red Stick Croquet Club and Pétanque Lafayette led games of croquet and boules throughout the evening for guests to engage in socially distanced recreation.

This event took the place of the seated, indoor “Design Symposium” traditionally hosted by Friends of Longue Vue each fall. While borne of creative necessity, “Games in the Gardens” was a success, with more than $13,000 raised to support gardens-based education in the Longue Vue Discovery Garden.

➺ Event at a Glance

What: “Games in the Garden,” benefiting Friends of Longue Vue

Where: Longue Vue House and Gardens