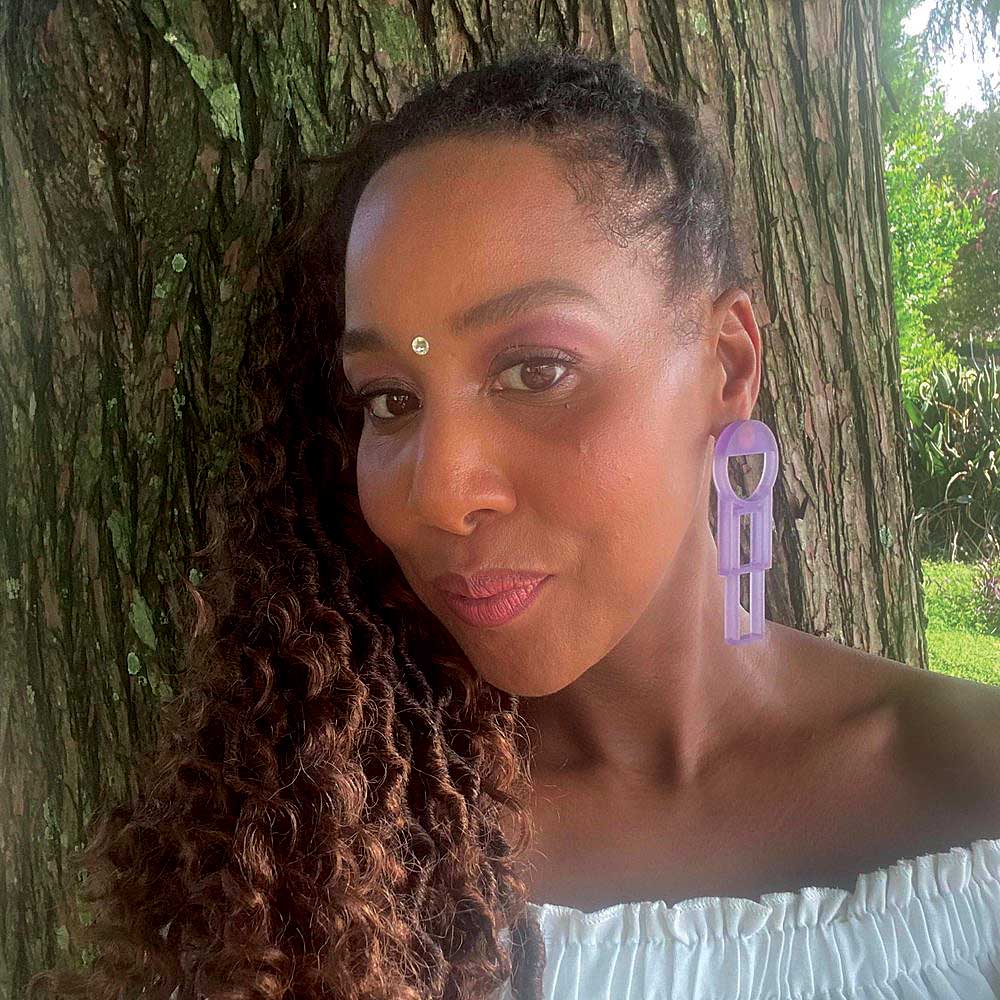 In the heart of Treme, the New Orleans African American Museum is ideally situated to tell the history of the city through its Black citizens, as well as expanding their stories beyond it borders.

“The contributions of African Americans in Treme, New Orleans and our nation are so vast and important to American culture that at the New Orleans African American Museum, we situate ourselves as an international cultural epicenter,” says Museum Executive Director and Chief Curator, Gia M. Hamilton, on the museum website.

Hamilton, whose background is in anthropology, knows how to make meaningful and lasting cultural connections. She has been the Consultant and Director of the Joan Mitchell Center and created her own projects, the Afrofuture Society and Dark Matters Projects.

Hamilton is focusing her time and talent on the museum, which was most recently part of Prospect.5, the contemporary art triennial, as the Hancock Whitney Welcome Center and as an exhibition space.

But there’s a lot more she wants to do.

“To renovate the entire two-acre campus, we have to raise $10 million,” says Hamilton, “and I urge New Orleanians to support this important endeavor as we consider the importance of Treme and its culture in comparison to American Culture. It will truly take all of us working to bring this campus to life.”

How many years have you been with the organization?
Since January 2019, after the museum was closed for seven years. I started as a consultant to reopen the museum, which was in April 2019.

NOAAM is open Thursdays-Sundays, 11 a.m.-4 p.m., and scheduled tours and the Treme Experience can be found on the website, NOAAM.org.

What has been the most important accomplishment that havs happened while you have been at the organization?
The New Orleans African American Museum was closed for seven years, from 2012 until it reopened under my leadership in 2019.

Putting forth the type of energy required to start up a business that has a history is the biggest accomplishment, along with the incredible Board of Directors who have worked to transform the governance of NOAAM.

NOAAM’s ability to stay consistent about its values through the many challenges since reopening is also admirable.

NOAAM works to convert community members into museumgoers, which means we employ a strategy that supports all the members of a neighborhood and community through our programming. By centering our decisionmaking in being artist-driven and centered around what people need and want, we’re able to create opportunities for learning, exchange and reciprocity.

Our model is called Decolonize the Museum, which looks at partnerships, exhibition making, acquisitions and collecting from an equity lens.

Because NOAAM understands the importance of culture and the creation of spaces that foster imagination as epicenters for the future, we present and unpack complex historical narratives and give opportunity to plan and visualize the future and its possibilities.

What’s something about your organization that people most likely don’t know?
A recent New York Times article referenced how NOAAM is partnering to support the Backstreet Cultural Museum, and I think it’s important to note that we’re a small startup growing in resources and assets.

However, it’s important not to consume and extract the work of the Backstreet Museum, but rather partner and work to sustain its work on our campus.

We look forward to our long-term relationship with them and hope it will inspire visitors, donors and members to give freely and generously so that we can continue to think about new ways to solve old problems.

Is there a person or mentor that inspired you?
I’m so fortunate to have had so many mentors, but I would have to share that Thelma Golden and her work building The Studio Museum of Harlem has always inspired me and given me a marker for Black excellence.

In my hometown, brilliant arts workers such as Kalamu Ya Salaam, who has guided me directly and indirectly; Carol Bebelle; and Mama Jennifer Turner at Community Book Center are people who are important my success.

But, I have also looked closely at those who have made mistakes and examined those mistakes without judgment so that I can better understand my blind spots.

As a leader, it’s very important to have a support system that can point out areas that require examination.

Is there a book, movie and/or moment (s) that changed your life?
Women Who Run With the Wolves by Clarissa Pinkola Estés has helped shape my leadership qualities and archetypes. It can be challenging to navigate leadership in action with true principles with or without a title.

I’m happy to say that I try to handle each obstacle with grace, a commitment to fairness and desire of true understanding of other or differing opinions and ideas, as well the courage to give truth to power.

What are you reading now?
I’m always reading multiple things at once. Right now: The Book of Mirrors by Asia Rainey-Ani; the essays in “Prospect.5 New Orleans: Yesterday we said tomorrow” catalog; Creative Quest by Questlove; and Black Futures by Kimberly Drew and Jenna Wortham.

What is your idea of New Orleans bliss?
My job is inherently social and requires lots of energy to bring a big vision to fruition, and I’m a proud mother of six, so any time that I get to be alone with my books or dancing and taking care of myself allows me to restore so I can connect with my intuition, which I heavily rely on as a leader.

Secret ambition?
My secret ambition is to build an intentional farming community and return to homesteading, which I did in my 20s.

But at work, my secret ambition is to make the NOAAMthe premiere space for Black media, technology and film, and to connect the dots of cultural production throughout the diaspora.

Don’t stress about how you’re going to make it to your wedding. With so many options for couples in...
Joie d'Eve

It’s officially the doldrums now, I think.  Memorial Day is over. Summer camps are on hiatus. The fireworks last night...
Let Them Eat Cake