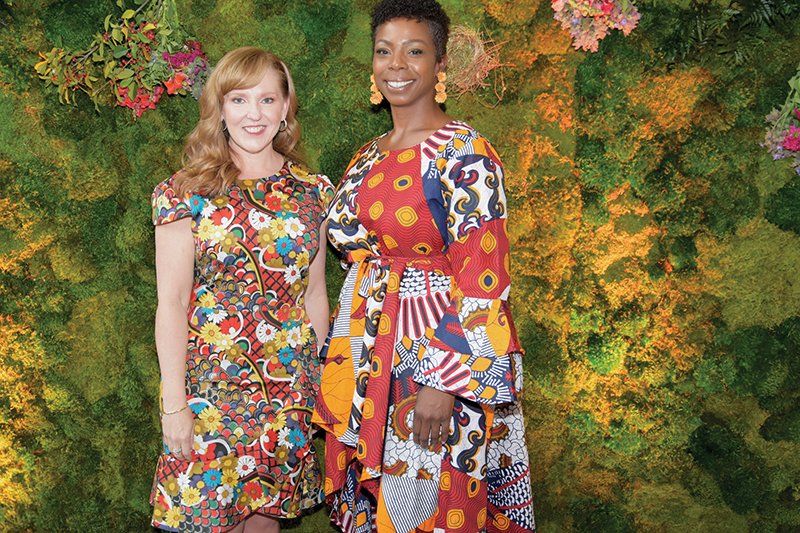 The 10th annual “An Edible Evening” gathered guests for a garden party to benefit Edible Schoolyard New Orleans. All proceeds from this celebration of local cuisine, wine, live music and student-made goods ensure that children learn to make healthy connections to food and the natural world, through hands-on, garden-based food and nutrition education classes at all FirstLine Schools.

Torrential rains brought the party indoors, but a moss wall created an illusion of being outside in the school atrium. A bounty of one-of-a-kind organic centerpieces adorned tables composed of ESY-grown snapdragons, calendula, bachelor button, nigella, swiss chard and herbs from four school gardens.

The silent auction offered 60 packages, ranging from Broadway in NOLA tickets, an Emeril Lagasse Wine Package, French Quarter Rendezvous and a 30-A Getaway. There was also a London Getaway Raffle and Jewelry Pull of 200 pieces.

Event at a Glance

Jim and Stacy Guest with Lauren and Ryan Haydel

John and Kathleen Stassi with Kerrie Partridge and Karin Giger

As we emerge from the pandemic (our family locked fully down and has been way slower to unlock than...
Community

Many who marry in New Orleans, especially visitors, are looking for the quintessential New Orleans experience for their wedding....
Restaurants

Couvant to Host A Celebration of Black Truffle Dinner

Event at a Glance

Jim and Stacy Guest with Lauren and Ryan Haydel

John and Kathleen Stassi with Kerrie Partridge and Karin Giger