Ringing Relief: From the Pulpit to the Altar 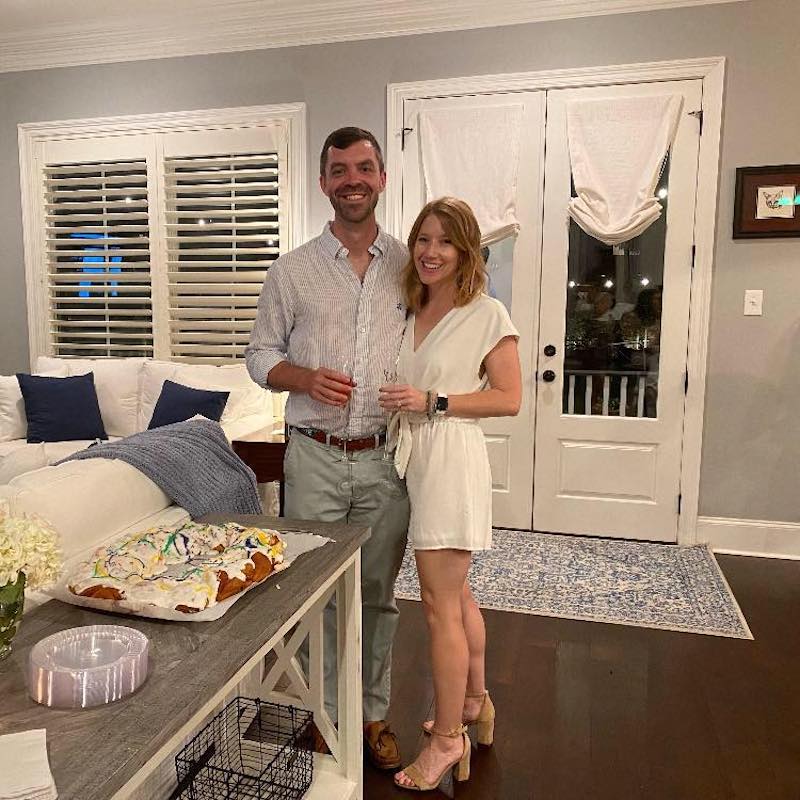 Experience is the best teacher. Amen to that.

I’ll take the first half of the fortune cookie, at least. Google says the translation is faulty, and Google knows all. (The search engine of record had nothing on the lucky numbers, which, if you need to know, were 16, 8, 54, 28, 19, 46).

I searched for fortune-cookie-level wisdom when making the first move with Jen, flipping all the way back to my last dating experience: the 6th grade.

I wasn’t officially in child seminary, but I might be able to convince you otherwise.

Believe it or not, the dating scene is a lot different from back then—referring both to life in 6th grade and in the mid-90s.

Without a school sock hop, when could I sheepishly claim relationship status? With bricks-and-mortar malls on the way out, where would I go to hang out? With two decades in a black-on-black wardrobe, how could I possibly know the best fit?

No notes to pass, homework to share, water fountain breaks to meet up.

This experience stuff ain’t teaching too much that can translate. The front of my fortune was faulty, too!? Hai-zi!

Jen and I decided to take it slow. We got engaged in April.

What can I say? I just have a thing for lifetime commitments.

Though I had made my decision to move on from the priesthood by the time of my last Mass, I did want to spend some time on the outside before making things official-official. During this time, Jen and I “hung out,” distinguishing those months from official dating.

Really, it was to give Jen a chance to ghost me, which according to my 6th grade handbook had something to do with Halloween.

The hanging out continued our friendship, but with benefits (which apparently also means something completely different than in middle school?). The benefit I mean is the gift of time. Priesthood requires perpetually being on call, especially for weekends and holidays. The Catholic Church, after all, had something to do with all that holy-day creating.

Additionally, priests get only one official day off each week, making this two-day weekend thing delightfully expansive. I do realize all this presumes that priests, you know, work those other six days, but for argument’s sake, let’s make that presumption.

Turns out, Jen didn’t change her number or her locks. I didn’t flunk out or forget how to wear shorts. Life was so good that Christmas came and it was time to pop the question.

“Holy Father, would you dispense me from the clerical state?”

More on that question next week, but it led me to a more expected one: “Jen, would you be my girlfriend? Check yes or no.”

I think we actually just said “we’re dating,” being too old and me forever too bad at arts-and-crafts to draw a card with identifiable checkboxes. Again: Thanks for nothing, 6th grade handbook!

While we both felt good about the new title and movement, no relationship is an island. What would they say? The great mass of theys out there.

I have learned a few things about introducing others to new information: say it clearly and then give space for processing. And if you can’t do it in person, do it in written form. There’s little more uncomfortable than holding onto the phone during the post-detonation silence and finally hearing, “Ok. I’m going to go eat my lunch.”

So I hit send on the family text thread and waited. Around the tenth block of our dog walk, the responses hit. My sister and brother-in-law in Atlanta called first, congratulating the news and popping the response cork. All the confetti emojis and everything. Phew, that makes it all a bit easier.

At my parents’s house later that day, my dad gathered my mom, Jen, and me for a toast. “To…this,” he got out, endearingly.

And this probably captures us well. A little different from others, no doubt, but this worked for us. Long-time friendship to relationship is the only way I’d recommend.

Quickly it was clear, there was nothing left but the purchase of a small-sized sedan for her finger. Do you have that in the base model?

Before officiating a wedding, I would ask couples to help personalize the ceremony by telling me some significant relationship stories. Time and again, the proposal would lead off, getting them both doe-eyed and lovey-dovey. (As an aside, neither deer nor doves are particularly people-friendly animals. Discuss.)

I never used a proposal in a wedding homily. Pretty stories, but how work in the involvement of a family dog or an elaborate diversion or an inside joke? Too long to explain and too hard to draw a theme from. And that’s just like when Jesus appeared to bust out the champagne at the Proposal at Cana. Nothing to use there.

But I always heard them.

And now I understand why.

Basically like the last episode of every Bachelorette season.

With our parents there, on a foundational spot of our city, without Neil Lane needing to Facetime to make it official, I mumbled something about life’s connections and growth and love. She answered positively enough to get me to stand back up.

Jen and I looked at each other and embraced, saying nothing but joy and deep relief.

I haven’t taken a math class since high school. For true. So bear with me … if there have been 25 Bachelor seasons and 17 for the Bachelorette and have produced (at publication date) 4 marriages … carry the 2 … close to 50 … 4×2 … so about an 8% success rate? Better than we could expect, but not better than these clips.

And who says this blog isn’t accomplishing things? Steppin’ Out kindly referenced our Bingo card twice last week. No one has yet asked me to ride em to Julia Street—or, truthfully, even contacted me about it—but I was excited at least.

This week, the second oldest restaurant in New Orleans unveiled its new, yet old, sign at its current address...
Drink Up NOLA

'Tis the season to be thankful. Can we just take a moment to thank all of you for your...
Shop Talk

When it comes to holiday shopping, even if you start early, you’re often somehow still behind. Case in point,...
Let Them Eat Cake

Wediquette Wednesday: Can we ask for gifts of money toward a house instead of doing a traditional wedding registry?

A Product Review for the Always Pan

I started this blog with the idea that I would address a few things about the Always Pan. I...