Sustainer of the Year: Wendy Beron 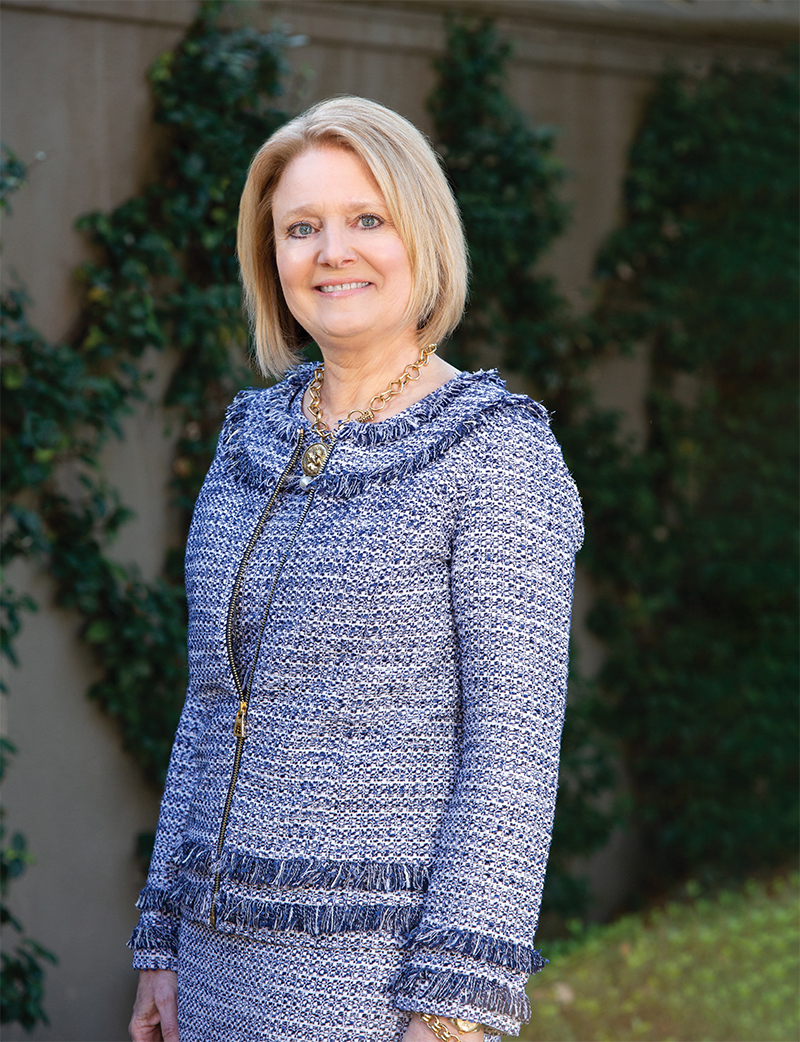 There’s a saying among Junior Leaguers that if you want something done, give it to a busy woman. Never has this adage been personified more perfectly than by Wendy Beron. Wendy has a spectacular resume, an impressive list of accomplishments and accolades both personal and professional. But it is her kindness and modesty that shine through as she tells her story — one highlighted by humility, generosity and gratitude.

Wendy began her journey with the Junior League of New Orleans (JLNO) at age 25 when six women, including her mother, showed up at her front door with balloons, cheese straws and champagne. Each balloon had a carefully handwritten message outlining the obligations she was accepting, and she has definitely exceeded each of these responsibilities. Recently, Wendy greeted another group of women at her door. This time, the visit was to inform her of winning the Sustainer of the Year award for the Junior League of New Orleans. True to form, she was self-effacing, saying, “I never would have imagined they were standing there to present me with an honor I couldn’t possibly deserve.”

Despite her surprise, she unequivocally deserves the recognition and respect of our League and the community at large. During her time as an active member of the Junior League, Wendy’s placements included Co-Chairing the auction at the first Holiday Marketplace with Linda Snodgrass (Diaz), Project Development with Katherine Saer and the Holiday Fun Run with Elizabeth Brinson. She recalls these times fondly, confirming they were formative experiences she will never forget.

During her experience serving as Junior League President, she found herself surrounded with and supported by a Board of outstanding women. Wendy describes their major challenge when they accidentally discovered the Bloomin’ Deals location on Freret Street was for sale. JLNO had been enjoying a month-to-month lease on the space for years. The Board knew the thrift shop revenue was crucial to the operating budget, so they immediately sprung into action. Through a combined effort of letters, phone calls and persuasive communications, the Board impressively convinced CVS that selling the building out from under the League would be a fatal mistake if they wanted to expand business in the New Orleans market.

They did not stop there. They went on to convince the retail giant to honor the existing low rent lease going forward. Wendy is proud of the work they did, which allowed JLNO to purchase the building and, recently, sell it. Her pride is well placed, as this strategic long-term approach to League assets and community growth paved the way for adding significant funds to the League’s Endowment. Naturally, she insists credit should be given not only to the work of her board but also to all the JLNO Boards who worked on these efforts over the years.

Another remarkable story comes only one year after Wendy’s League presidency, when Hurricane Katrina hit. Together with her preceding and succeeding JLNO Presidents, Ellen Coleman and Liz Creel respectively, they spearheaded a plan that brought approximately 1,000 people together, both locally and nationwide, to help in the Rebuilding New Orleans Together initiative. The concept was for about 200 volunteers to help with repairing houses in the Freret Street neighborhood. This already-daring plan snowballed and resulted in projects being added that included City Park, Willie Mae’s Scotch House and Habitat for Humanity. Coordinating the volunteer efforts was not enough. They also led the logistical efforts supporting the projects, ensuring the workforce had adequate food and transportation. The weeklong event was so successful, even AJLI was on the scene to assure it was documented for the archives.

Wendy’s commitment to the League and her fellow Leaguers are highlighted in the glowing letters of nomination submitted on her behalf for this prestigious award. The letters beam with the adoration and esteem she has inspired in everyone who has the pleasure to know her. Katie Andry Crosby, previous Sustainer of the Year award recipient and inspiring leader, praises her friend. She describes her as someone who, “… embraces life and community involvement with gusto. She consistently and generously shares her time and her expertise.” She goes on to say, “Her energy and commitment are impressive as she takes on challenges above and beyond expectations. She is incredibly gifted in her knowledge of strategic planning, visioning and budgeting, and all the non-profits she is involved with benefit from her generous commitment of her time and knowledge.”

The Junior League provides a source of inspiration for Wendy. She participated in countless meetings, fundraisers and community events while being in awe of the women who led the organization. These women, who were always so generous with their time and talents, made it look so easy. She has successfully emulated and honored the legacy of those who came before her. These women helped her on her journey to developing the potential of women and continuously improving our New Orleans community.

Wendy has excelled in her professional life as well and attributes her time in JLNO as instrumental to her professional successes. Her League experience gave her the confidence to accept leadership responsibilities from the Neonatal Intensive Care Unit at Baptist Hospital to her venerated position as President and CEO of Methodist Health System Foundation (MHSF). MHSF is a health legacy foundation whose mission is twofold: they direct an operations arm with its school-based health centers in St. Bernard Parish, and they operate a grant-funding arm, which supports health-related programs of New Orleans community non-profits. MHSF is proud to be a JLNO partner in the Diaper Bank, which allowed the League to expand its program to additional locations. Wendy also serves as a Director on the Board of Fidelity Bank. Fidelity’s foundation and history of client-focused services for 100+ years demonstrate its commitment to our community. It would be a pity not to mention her remarkable service as Board Chair of Metairie Park Country Day School and President of the Board of Poydras Home.

Fortunately for JLNO, Wendy is also a committed sustaining member. She states, “We have a continued obligation to strengthen and support the League. It has been gratifying to twice serve as Sustaining Advisor to the Board. I try to make time when JLNO leadership asks for my participation on ad hoc committees or in discussions of League issues. I stood on the backs of those that came before me, and it feels good to do the same for others.”

Alongside these extraordinary professional and community achievements, Wendy is honored by her supporting role in the United States military. Her husband, Thomas, retired as a Brigadier General from the Army National Guard. His years of service afforded her the privilege and responsibility of supporting our military families. She and Thomas met in kindergarten, and the rest is history. In 1990, Wendy had her first glimpse of life as a military wife when Thomas was deployed five days after they were married. The 24th Infantry Division was shipped out and stationed in Kuwait during the Gulf War. Twenty-nine years later, they are the proud parents of an amazing daughter, Scout. Her achievements as a three-time state volleyball champion, UVA graduate and Teach for America Corps member, in addition to Thomas’s patriotism and commitment to their family, is what gives Wendy the most satisfaction.

It is an honor to hear the story of Wendy’s noteworthy successes and enduring contributions, both to the Junior League and the Greater New Orleans community. She serves as a powerful example of how to lead with grace and succeed with style. Congratulations to Wendy on this hard-earned award. She deserves endless gratitude for her tireless and selfless contributions. If the Junior League ever needs something done, it’s easy to know who to ask.

What's the point of experiencing all the bars and restaurants New Orleans has to offer if you can't...
Theatre + Art

It’s simply too hot to do very much right now, which in my book means it’s art museum season. Louisiana...
Sponsored Content