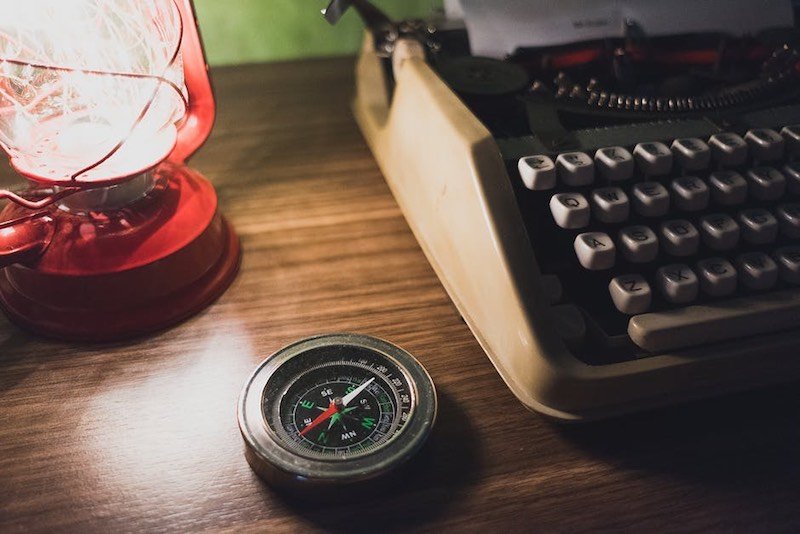 I switched my major three times in college. I always thought it was because I didn’t know what I was doing. Turns out, I was doing exactly what I should have been doing.

I entered as a Music major in Vocal Performance. Early on, I broke my mother’s heart and switched to Public Relations. I ditched the Music Department because I didn’t want to spend four years missing out. I was at a state school and craved everything extra that comes from a classic, Southern university, which basically means that I wanted to party. The majority of my high school years was spent in rehearsals. I didn’t do Friday Night Lights football games or roll houses or any of the typical teenage shenanigans. So within weeks of my freshman year in college, I put the kibosh on missing out again.

Then somewhere between contemplating if I should major in Spanish because I had just returned from a semester in Mexico with 12 hours under my belt, and wondering if I should just go back to the School of Music, I took a speech class. I wasn’t just good at it. I nailed it. I made the professor cry. She actually blotted her eyes with a tissue as I left the podium and returned to my seat, and I felt something that I hadn’t felt in a long time. I felt like Annie.

The next day I walked in unannounced to the office of the Head of the Speech Communication Department. He was a gruff-looking, round man with eyes that seemed to vanish when he smiled. I still wasn’t sure if I had jumped the gun, meeting with him after one speech. I wasn’t sure if, as with public relations, I was only there because someone told me I was good at speech writing. But it was as if something beyond my control pulled me there that late November afternoon. I was magnetized to the very spot where I stood on the second floor of College Hall. I was the puppet of something I didn’t yet know and so aware of my lack of control in being there that I eventually stopped questioning.

“Okay, so what’s the objective here?” I probably sounded like the biggest snot, but music and public relations were fields I understood. Music’s goal was to entertain and transport an audience. Public relations centered around image control. But this? This, I did not know.

The Head just looked at me soberly. I think he’d been asked the question before.

“Your objective is to own the room, to compel the simpleminded people in it who are glued to their own thoughts to listen to yours. They need to feel…something. Anything. If they leave unmoved, you’ve lost. If they leave chewing on your words, you’ve accomplished something. But if they leave changed, you did your job.”

I still use chew as a synonym for think because of that department Head, who later became my advisor. The last speech I gave in college was a heckling speech, one in which everyone in the audience attempted to throw me off by screaming absurdities and profanities while I attempted to deliver a powerful message. Never before had I laughed so hard in class, and never before had I been so proud of a speech I’d given, not because of its content, but because I wasn’t thrown off. I stayed on topic and on course. It had taken me eight semesters and a whole lot of bullshit, but there, on a platform in the middle of a heavily trafficked chunk of campus, I found true north.

As my advisor suggested, people are pretty simple. We stick to what we know until someone moves us. And when it comes to direction, our gravitation toward the familiar is even more ignorant. We often just go where we’re told and where we recognize.

Today, when I set out for somewhere unfamiliar, I plug in the address to my GPS and make turns as instructed. It’s a first world comfort not to have to think about direction. And, should I uncharacteristically and to my complete horror find myself stuck in the woods, with the aid of a compass I could find my way out. On the other hand, compasses revolve around the significance of north. We can choose any direction we want, but at all times the needle is pulled north, unable to resist a magnetic force put in place by an established geological order of things. Nothing we do will ever convince the needle otherwise. It zeroes in on the truest north and fights like hell to get there.

So often, we are like that needle, feeling lost but pulled to a place we know we need to be.

As children, we try several sports, jump from dance classes to gymnastics to the violin, or spend hours bouncing from science obsessions to writing stories. In high school, we flip through fifteen college catalogs, a mad dash for the ideal institution. We get to said institution, and switch majors three times. Then we graduate and in spite of a handy degree, we have no clue where to go. For many of us, we eventually realize that all those years of finding ourselves was a bigger deal than we ever realized because this life so often feels like a practical joke to which we’re clueless.

Will we ever find true north and stay the course?

Though we have a great job, we’re lonely. Though we have all the support we ever wanted, we can’t seem to stick the landing professionally. In spite of the most adorable children, we still feel incomplete. We think we’re floundering. Again. We think there is something wrong with us because we’re lost in a life whose purpose will go unknown.

But the thing is, we have never been lost. Not once.

Just like the needle in the compass, something from a place we’ve never been to, yet we’d recognize the instant we see it, is telling us where to go. But in order to follow, we can’t be so simple anymore. We may even have to make a big mess of things in order to find this place because direction isn’t as easy as GPS. It’s both complicated and not. It’s touch, feel, and trust every single day. It’s faith that none of this was ever a joke and that the timing of the needle was planned, and yes, in order to find this place we have to first fall on our asses and get back up.

I didn’t just find this place in college right away and set up camp. I went all over the map. I legit worked in both music and PR, each time thinking I was either wasting time or starting too late. I’ve ignored the needle so many times that it should have burst from the case and slapped me, but it didn’t. I needed to think I was lost. I wouldn’t have been the person I was each time I found true north if I had always known what I was doing. I don’t think everything happens for a reason, but I do think life is generous enough that each time we listen to ourselves, we finally hear with clarity because until then we weren’t prepared to receive the message.

Today marks the last time “That Time You” will appear on MyNewOrleans.com. This blog will continue on to where the needle is pulling me now. It has been by trusting my instincts that I have never shied away from sharing my flaws, my curiosities, my gaffes, and my heartaches. But sometimes when something becomes that personal you have to direct it yourself so that it remains your true north. You can now find “That Time You” at www.anniedstutley.com. You can subscribe there and have my mishaps and mayhems greet you in your inbox. Will my dishwasher work again? Will I remove my fuzzy socks before leaving the house? And will I know more than enough to know someday? Who knows? You can also find me on new social media platforms: Annie D. Stutley on Facebook and @anniedstutley on Instagram and Twitter.

I do know enough to know that the day the very first “That Time You” appeared, 107 posts ago, I found true north. It felt like the day of my heckling speech, but just as it went back then, eventually the needle got away from me. It’s time I own the room again, to write words to chew on, and maybe even create change.

Many thanks to Ren Pub for helping me find my true north. I remain eternally grateful.

WESTWEGO, La (press release) – The Westbank Heritage Festival, a vibrant celebration of the Greater New Orleans Metropolitan area’s Westbank, is...
Things To Do

Ms. Linda Green the Ya-Ka-Mein Lady at the Ogden

On the Making of Gardens

A few months ago, I took up gardening. As any gardener will tell you, it’s a pursuit rife with...
Let Them Eat Cake

4 August Bridal Trunk Shows and a Taste of Cajun Pop

Though August may is considered a slow month for the city and our hospitality industry – because, heat ­–...
Editor’s Picks

From king cake to crème brûlée, New Orleans is no stranger to the sweet life. And this week we're...