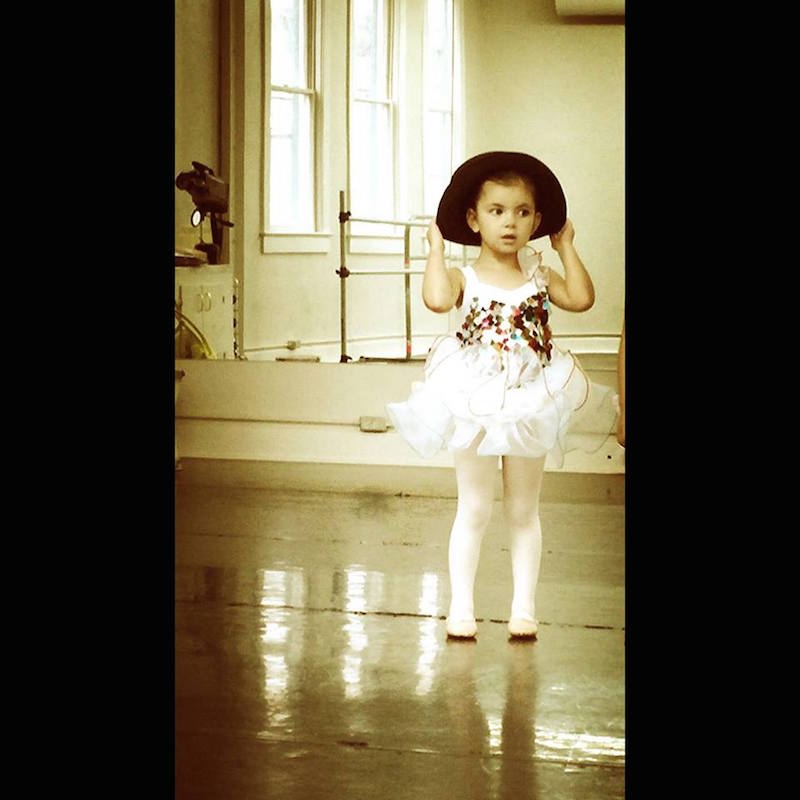 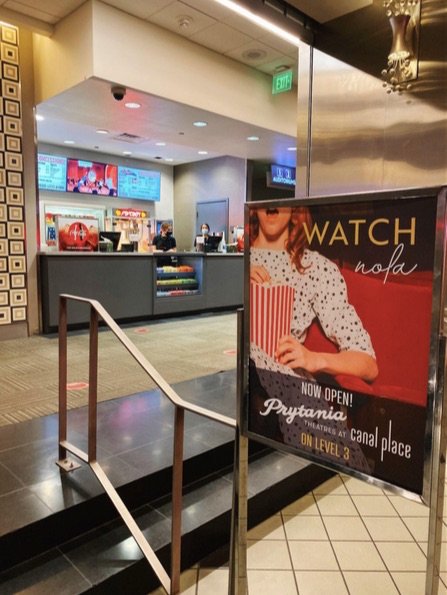 I was six years old when I started going to dancing school, and I took to it instantly. At my first recital I tapped to “Me and My Shadow” in a sparkly minidress and top hat. For ballet we were dolls with bright red circles painted on our cheeks – a tiny tot “Coppelia.” It was a night I’d dreamed of after watching from the wings as my sisters lived the life under the lights. It was also the night my teacher took her final bow. After several decades, she retired to the tearful applause from hundreds of families.

In the fall I needed a new teacher. Mom chose a standby in our neck of New Orleans, but when I walked in the door everything was unfamiliar, cold, and I didn’t recognize a soul. The warmth had evaporated from the novelty of dancing school and was replaced by a bunch of girls who had a leg up on me in my new environment. I pitched an absolute fit in the middle of the lobby one day, a panic attack that must have horrified Mom because she quickly scooped me up and brought me home. I didn’t formally dance again until I was 11, when I took ballet for two years. And then I tried the whole tap/ballet/jazz combo again when I was 15, visions of Broadway in my head. But in between, I never stopped loving dance. Oh the hours I spent watching MGM movies wishing I could do what Ann Miller and Cyd Charisse could do! But at 16, struggling to keep up with the rest of the hoofers, I eventually accepted that I would never be a dancer after all. The other girls could time step without thinking and were so comfortable with their skill that they could give it a signature style. While I was home watching great dancers on TV as a kid, they were in the studio perfecting their craft. They had “It” and what “It” took to be next level. And I? Well, I missed out on “It,” or maybe I never had “It” to begin with? My senior year I stopped dancing altogether. I found it easier to just be an admitted bad dancer than a wannabe.

That was my first encounter with self-sabotage, my introduction to self-imposed shyness, and a most poignant brush with “It” – that undefinable certain something that is so sexy and yet such a tease.

We know “It” when we see it. “It” is most often a coolness sprung from a deep well of confidence. Sometimes “It” is that off-putting cold shoulder – an untouchable “It” that seems unreachable because of star quality – and a fame which we mere mortals have no chance of attaining. But other times, “It” pulls into our lane, a keen sense of self, oozing with assurance, that we run into all the time – that person so fantastic at being herself or himself that maybe they deserve an award. They don’t ask what everyone’s wearing to a party because they don’t care. At fancy dinners, they walk up to power players, shake their hands, and get down to brass tacks. They have what “It” takes to pull “It” off because to them “It” isn’t an act. “It” is definable – because “It” is who they are.

In the case of my inept dance ability, I had missed an important chunk of time to master a skill. I also have flat feet and my grandmother’s bunions. But looking back, that wasn’t what prevented me from at least being a chorus girl.

There’s a level of truth to those statements. Some people are physically more capable than others. A long torso and short legs does not a Black Swan make. Some people have the brain for their field. Math honestly angers me. I would be the worst CPA.  And yet, when it comes to something that calls to us, we have every opportunity to jump toward it with the same expectant hope as we did as children–as I did standing in the wings, watching, waiting for my turn. But opportunity is lost when we stop reaching, when the voice that tells us we couldn’t possibly do it talks over the cries of our heart.

I knew I was behind the other kids. I knew I had done myself a great disservice by skipping formative years in a studio. I knew it by watching, but, mostly, my inadequacy was confirmed by my comparison to them. Comparison is the death of creativity. Instead of studying the other dancers to learn from them, I studied them to mark what it was I could not do like them. Technique is within all of us. Some technique is artful enough for center stage. Some charisma has a stronger tug on power. We won’t all have the same focus on us as others get, but we all possess a certain talent, a genius, and an artistry that we can let flow from everything we do. So what if we have two left feet? We can dance to the rhythm of our own song without worry of comparison. What separates the “Its” from the “Not Its” is that they are more in touch with who they are than who they are not. The question of how far they will go may present itself, but there is no question about whether or not they can try.

When I think about the girls at the studio who had “It,” the “It Girls” I rub elbows with today, and the “It” appeal of the movers and shakers, they’ve always made “It” look easy – like they weren’t trying. For them it wasn’t a question of whether or not they could dance the closing number of “42nd Street.” It was only a question of whether or not they wanted to. And I think, above all, it was their choice I envied–not their skill, not their mastery, but their options. The “Its” always have the upper hand.

Today, I’m behind again. I spent a decade working in various industries that allowed me to be present for every gurgle, laugh, and milestone of my children. And while I’m glad I did, women practically half my age are so far ahead of me I can barely see how they got there. They have more clout, more credentials, and better choices than I do. But there is one difference between the me at the barre looking down the line of dancers, and the me at the keyboard tapping away today. I applaud the “Its” in my industry. I study their moves and learn from them. But I also mean to destroy them–in the friendliest way. If “It” can be theirs, “It” can be just as much mine. What’s that saying about flowers? They don’t look at the one in the garden next to them but instead just bloom when it’s their time? Well my time is now. And so is yours.

“It” looks so easy because it is, but only when we realize that we are all born with “It.” We’ve always had “It.” Maybe it wasn’t our time? Maybe we weren’t ready for “It”? Or maybe, we were looking at “It” in the wrong way?

One of the last bits of advice Pop gave me before he passed away was, “What difference does it make if someone’s better than you? Work with what you have.” He was talking about aspiring architects seeking the same fame as that of the Frank Lloyd Wrights of the world rather than appealing to their love of the craft itself. But he might as well have been talking about any industry and any circumstance for that matter. What are you doing “It” all for anyway? We were all born with a certain something. What are we going to do with “It”?

I know enough to know that I’m not going to fake “It” until I make “It” because there is nothing to fake. “It” is definable by me and me alone. “It” is not up for debate. And “It” is non-negotiable. Whether two left feet or a late start, this time, I’m making the most of “It.”

My last dance teacher was tough as nails, but one time she put me front and center for an opening number. When I looked at her curiously, she said, “Annie, your smile put you there. It’s radiating.” Something was inside me, pushing its way out.

What if I hadn’t stopped “It”?

Where To Eat Before Heading to The Saenger

Broadway in New Orleans just released the schedule for the 2023-2024 season at The Saenger Theatre, and "Tina" the...
Bon Vivant

Carnival season is in full swing, which means it’s the booziest time of the year. Meanwhile, it’s also 27...
Music + Festivals

NEW ORLEANS (press release) – Michalopoulos Gallery is pleased to announce that Holding Forth, a painting by James Michalopoulos will be...
Mardi Gras

NEW ORLEANS (press release) – The Windsor Court kicks off the year with its first themed tea around Mardi Gras...
Let Them Eat Cake

Weddings are our bread and butter here at “Let Them Eat Cake.” We love sharing stories about Your Weddings as inspiration...

What if I hadn’t stopped “It”?