That Time You…Heard the Truth

The first time I sat across from him, I knew we’d clicked, but I also got the immediate sense that I’d be working in a manner I never had before.

He was the biggest man in the room at all times, considered abrasive by some, maybe even a little cocky, and definitely on the road toward curmudgeon. However, on that first day, as with all curmudgeons, I spotted a teddy bear beneath the outbursts and opinions, and I made it my personal mission to keep my eye on that soft spot. Brownnosing would be useless. He was too sharp and skeptical. If I were to remain in his favor, I couldn’t just work for him. I’d have to learn from him. I’d have to give a damn.

He was an idea man, a visionary, who measured a person by just how far outside the box they were willing to go. To him, “this is the way we’ve always done it” was a four-letter word. Inside the box was a status quo of safety, but safety’s results could never compare to those of change. Most people abhorred change, he would say, but not him. He saw uncomfortability as a necessary evil to encourage progress. “Show them how much better they could have it. Make them feel restless where they are,” he’d say during brainstorms. “People need to be inspired to do things a different way.” I watched with complete awe how gradual shifts of the norm usher in change one didn’t even realize they needed.

But it wasn’t always so sweet.

One hot, August afternoon in a heated meeting, he bellowed, “You’ve got to work with a sense of urgency, like this could be taken away tomorrow.” I left his office fighting back tears. “How could I be expected to work under threat?” I screamed in my head. The next week Hurricane Katrina shut the city down. We had missed losing everything by a hair. When I finally reached him by phone he said, “It was almost all taken away.” I remembered that horrible meeting from which I’d left like a wounded bird. My job wasn’t threatened as a result of that meeting, but what was told to me that day would always be an impassioned charge to never take for granted what we were working toward. To this very day when I find myself lazy, I whisper, “Be urgent. All of this could be taken away.”

But no work was worth doing if the results yielded weren’t excellent. He had a “why bother” attitude when presented with half-assed effort. Why put your name on anything if it isn’t excellent? I was in my mid-twenties then, and entirely too fragile. But over time I learned that excellence wasn’t perfection. Excellence stems from diligence, long hours, and sweat. Excellence gives a damn. “Don’t try. Do,” he once told me. I say that to my kids now.

After my children have swept the dining room floor, for example, I look at the crumbs they’ve overlooked through carelessness. “Would you invite the neighbors in and show them your work?” I ask.

I didn’t speak that way until he came along.

He came along when we were ushered in as part of the new guard at an old New Orleans institution, a school with a history that began with a quick-witted, sharpshooting female immigrant. He’d spent his career thus far working in fields of men. My career had barely just begun. We were an unlikely pair. Nevertheless, there we were. He, the captain, and I, one of his officers. You could smell the change on the horizon his first day. Heads would spin. Feathers would ruffle. There was an excited feeling of inevitability. Shit might even hit the fan, but man oh man, would the aftermath be awesome.

We were in the business of public relations and development, and on day one he told me that money made money – or at least the appearance of money. Roofs shouldn’t leak. Walls should never peel. Gardens shouldn’t have weeds. Clothes shouldn’t frumple. Anything seen should sell the same image, whatever that image may be. It was my first lesson in branding, but it wasn’t materialistic. Rather, it was about respect – respecting the image enough to invest in the image would triple sales–and that kept the lights on. “Keep the lights on” became our symbolic motto, and another phrase I whisper to myself today.

He was the chief, and barring a board of directors, could essentially call the shots. It was his to rule by iron fist and it would be an understandable assumption that this was the manner of things–only, a teddy bear aims to restore a sense of well-being, and he did, but in a most unorthodox way. Whenever he had a speech to give, an editorial to write for a publication, or an interview for which to prepare, he’d ask for opinion before going to press. He wasn’t looking for a pat on the back. “Sounds great” would be insulting. He sought feedback, tangible, devil’s advocate points of view. His interest in the advice of others cultivated a train of thought that went both ways. Back and forth, our work would flow between my desk and his, a shared effort for the very best. I didn’t know it then, but something as simple as “What do you think?” is the first question before change begins.

One Christmas he gave me a dream catcher. I thought it was utterly charming coming from such a tough guy. Then I read what stretched across the crescent moon with the mythical woman holding a blue jay, and I knew it wasn’t some sweet afterthought. It was another lesson for the apprentice: “What would you attempt if you knew you would not fail?” it read. He wasn’t quite an old man when I met him, but he was old by the time he passed away last Friday – old, but never done. To the very end, he challenged, he questioned, and he wondered. If something could be better then it should be better. Apathy was his greatest enemy. Of all the legacies he left behind, aspiration, in my opinion, was his greatest.

I know enough to know that he was and will likely remain the most difficult man with whom I will have ever worked. And it was my absolute pleasure. He ran by a doctrine that has fallen out of fashion in today’s world. We want to hear the truth, but we don’t want our feelings hurt. We skirt issues. We tiptoe around problems, and we blatantly ignore the elephants in the rooms. To him that was the most feckless way going because what good is achieved when we avoid the truth in order to save our ego? We have to hear what we don’t want to hear, we have to see what we’re blind to, and we have to be open to suggestion. These are choices. They don’t feel good at the start, but “the way we’ve always done it” is just fear masked as safety. What if we knew we wouldn’t fail?

I didn’t keep in touch as much as I should have these last couple of years. I allowed excuses to keep me from the opportunity of saying how immensely regretful I am that I didn’t tell him one last time that because of example, I am still a loyal compatriot to the Oxford comma, I reward a hard day’s work with a stiff drink, and when I curse, I curse with commitment. I wanted him to know that whenever I write a ridiculously long sentence, I consider how he would make it even longer, a competition we’d play out while swapping rough drafts. I never did tell him that the first time I told my son, “Show me your company and I’ll tell you who you are,” I teared up because that was in the first speech of his that I ever edited. But mostly, how I wish I had said thank you. Thank you for pushing me to limits I didn’t even know I was capable of reaching. Thank you for making me so angry some days that when I looked at you, there were daggers in my eyes. Thank you for the exhaustion, the headaches, and the “You did great, kid,” that followed after I didn’t give up. All of it–the ugly and the beautiful–were lessons to the apprentice. It was criticism. It did hurt, but I’m so damn grateful. Because now I know what you were doing. You were making me a visionary of myself. What would I attempt if I knew I would not fail?

He was most proud of a tagline he wrote several years ago: “The school that’ll change your life.” He said it told everything in a single phrase. Well, I’m here to say, “Ardley Hanemann, Jr., you are the mentor who changed my life.”  I’ll miss the man, but his marks, indelible on me and the countless others for whom we was a mentor, will live on. 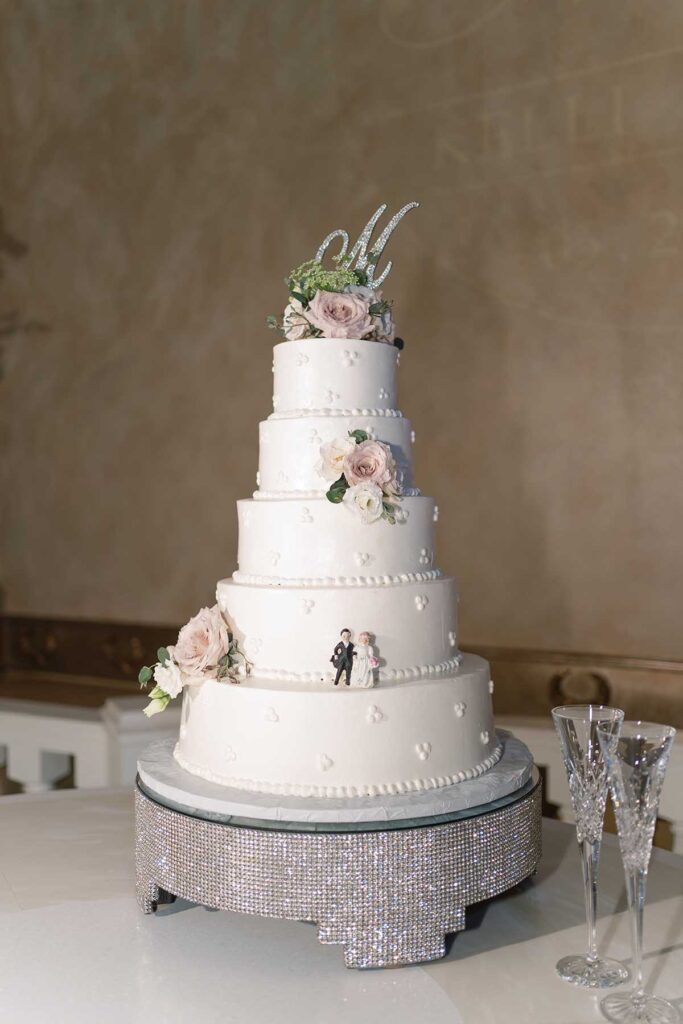 The Best Cooling Foods to Beat the Heat 

This is another quiet week, which is fine with me. Excitement is not something I seek at this point...
Pulpit to the Pew

How To Be The Best Bridesmaid

If you are in a wedding in the near future or ever anticipate being in one, you might wonder...
Shop Talk

The ’90s Fashion Worth Repeating

There are great fashion decades, and then there are some we’d rather forget. But even some of the most...