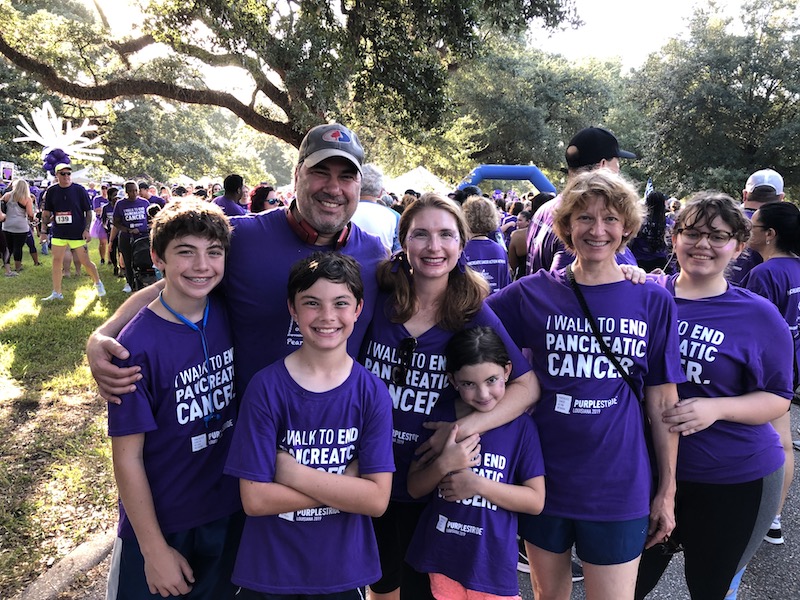 Growing up, my siblings and I were encouraged to not make a big deal of things when possible. Don’t get me wrong. There was plenty of drama. We’re all creatives and right brain thinkers. So there was a healthy dose of passion within the walls of our slice of New Orleans suburbia. But beyond home, keeping the peace was my parents’ preferred brand. Mom didn’t storm the principal’s office. Pop didn’t play dirty in the politics of architecture. They had backbones and stood for justice and ethics, but making a scene would always draw the wrong kind of attention.

So when there was drama, Mom and Pop did their best to downplay it. When I was ten, I prepared to hop a chain link fence as I had done countless times before. Only that time, the top of the fence cut straight through my wrists. I didn’t even feel it happen. It wasn’t until we were on our way to the urgent care that I began to panic. But Mom? She sang quietly the whole way there. I remember thinking, “Woman, I am dying and you’re humming?” Pop was equally composed. All tense moments were countered by his urging of us to “relax.” Relax was said so much in my house that we might as well have been running a day spa.

Of course now I know they were following the old adage that kids panic when their parents do. And while there were times when I wished that they had joined my indignation over a poor grade on an essay or any other adolescent excitement, I determined that it was better to at least have parents who never embarrassed me than to have  the type who always made fusses.

The irony is that in spite of his advice, Pop was a classic hypochondriac and a terrible patient. He washed his hands like he was going into surgery. If someone was sick, he kept his distance. He inspected plates and glasses before every use. When he did get sick, he complained around the clock and required pampering. He frequented his primary care physician on the northshore so often that her staff cried when he switched to a southshore doctor. He never missed appointments, basically maintained an at-home pharmacy for every ailment, and was likely the healthiest of all of us.

So when his diagnosis of stage four pancreatic cancer came in on September 18, 2018, shock was the only reaction to have. But looking back, I shouldn’t have been so surprised because drama would have been the only thing to save him.

It began with sudden weight loss and lack of appetite. His primary care physician caught it right away, ordering tests that resulted in nothing alarming. Stress was the conclusive answer. Maybe he should slow down and consider easier hours? And Pop, who by then was at my mother’s side as she recovered from vascular surgery, accepted what he was told in spite of the fact that his work hours had always been the same. Never before had stress caused him such weight loss. Never before had he been satisfied with such small portions of food. I found it strange, yet I also told myself it was nothing.

Then this little knot began to develop next to his navel. For the first time that I can remember, Pop actually waited to have it checked. He assumed it was just another hernia. But by August, when he was downright frail, we made room for a little drama and forced appointments. And once again, all his tests came back negative–including an MRI.

“It’s just a hernia,” he told me three days before his surgery. He told me this as I drove him to a site meeting. In 56 years of architecture, he never needed someone to drive him to a job site because he was too weak to drive himself. And still, I went along with the nothingness of it. No big deal. Relax, Annie. Don’t be so dramatic.

A word person by nature, I am paid for my descriptions. Yet I am still unable to adequately capture what I experienced when I realized just how wrong the doctors and all of us had been, when the reality hit that it never was stress, never was a hernia, and that if we had just made a bigger deal of things, he’d have at least lived long enough to have chemotherapy — to maybe, just maybe, have been part of the nine percent who survive pancreatic cancer. I was all at once furious and heartbroken. I didn’t know whether to scream or cry, and my emotions lay somewhere in the bowels of hopelessness and bitterness to wrestle it out for the next two months until his body finally succumbed to a most evil, vicious life-taker.

My father never made it to chemotherapy. His liver gave out the day he was scheduled to start. All we had was last ditch dramatics that came too late — surgeries that only made him lose more weight, frantic hours on search engines for homeopathic cures when the doctors gave up, seaweed shakes, curcumin teas, and even sweat therapy. They were the desperate, eleventh hour antics of a grown woman — me — who in those weeks felt like a little girl. It doesn’t matter how old you are when you lose a parent. You always feel like a child — an orphaned, lonely child, burdened by the task of survival.

I asked a cousin who works in oncology when we would have needed to detect Pop’s cancer in order to save him.

“Probably the December before,” he said. He said this as I cried on his shoulder and signed the hospice paperwork.

But there had been no signs back then. Stomach pains and back aches maybe, but who doesn’t experience that? It’s almost forgivable on the part of the doctors to have missed his cancer. Early screenings for pancreatic cancer are non-existent, making “found too late” all too normal.

At some point I knew that regardless of the outcome, pancreatic cancer would be part of my life forever. There is this invisible line that marks life before September 18, 2018, and everything after. Ever since, when I hear the word pancreas, see purple, or read press releases of another celebrity hit by the blow of a pancreatic cancer diagnosis, I stir. But, stirring is one thing; bubbling is another; boiling over is next level. Next level is precisely what Pop needed.

I know enough to know that grief isn’t always displayed as lethargy, stagnation, or sluggishness. Grief is also an energy. Grief has the power to move us to this fervent principle: grief can either leave a scar that we examine longingly, making us a captive of pain, or grief can create a spark and ignite a fire that gives pain a purpose. Drama might have saved Pop. Making a bigger deal of his weight loss and pushing for an earlier surgery might have given him time to start chemotherapy or enter a clinical trial. But I can’t allow myself to go to that regretful place. Doing so only slows me down. What I can do is be bold and remain the best kind of angry–the kind that learns and breathes passion into the research of the worst possible cancer and fuels early detection and, God willing, a cure.

Thursday, November 21st, is World Pancreatic Cancer Day. I will wear purple and tell everyone that it represents an under-researched cancer. I will sign my name to dozens of petitions to Congress for the funding of additional research. One day, I will storm Congress with hundreds of orphans like me and demand better. I will raise money and awareness and walk in the Louisiana PurpleStride to end pancreatic cancer. That is my fight, my drama, my grief energized. Yours might be different. But you too, regardless of whom your drama could have saved or could still save today: be dramatic, be bold, and make the biggest scene.

They say that what really makes a person live on is to take their best qualities and live them yourself every day. Pop was the most generous, selfless man I will ever know. When he left restaurants, he’d give his leftovers to the homeless outside. He is responsible for what became Little Vietnam in New Orleans, by leading the initial effort in the 1970’s to help those who were fleeing the terror in Vietnam for freedom. He gave up his seat for anyone who appeared more deserving than himself. He lent his voice to church choirs, and used his skills to design buildings that inspired the daily work inside. Some may call it decency. I like to think of it as quiet drama–a seemingly ordinary man who did extraordinary things for others.

And perhaps, my drama can lead to the extraordinary. And when I take my final bow, my performance will have made a difference.

NEW ORLEANS (press release) – Beginning Tuesday, August 16, all movies – all day and all night – will be only $6...
Music + Festivals

NEW ORLEANS (press release) – In celebration of its 110th anniversary, M.S. Rau will present its new exhibition, Revolutionaries: The Impressionists and...
Food + Drink