That Time You…Were the First to Laugh 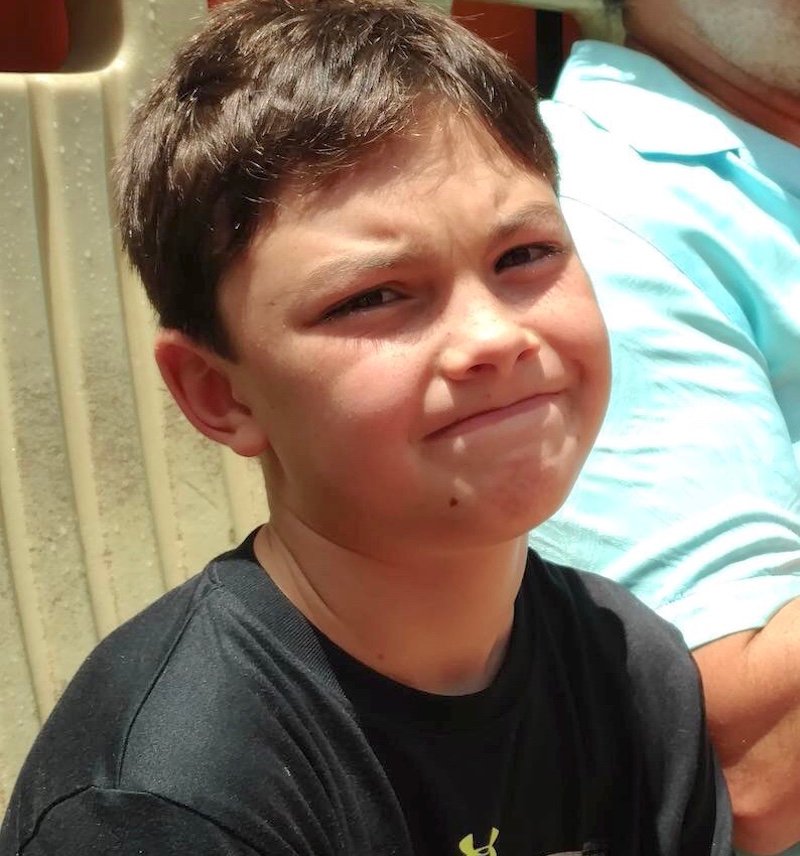 It was in second grade that I first experienced total and complete mortification, leaving a scar on my psyche against which all future blunders would be measured.

It was taco day, and I was biting into one of Ms. Marie’s cinnamon rolls. Ms. Marie ran the cafeteria, and for the most part, avoided the scrutiny that befalls most school cooks. True, her meat sauce was a little watery and the pizza had these strange pockets on the bottom that sort of skeeved me out, but she made up for it with fresh yeasty rolls and sugary sheet cakes, the heady scents from which wafted from the back door of the kitchen and into the adjacent second grade portables. When you’re a kid, lunch never comes soon enough, especially when seduced by the smell of 800 homemade cinnamon rolls while you’re struggling to grasp a cursive “Q.”

So there I was, finally sinking my teeth into one of Ms. Marie’s cinnamon rolls and ignoring the sliced peaches in the neighboring section of my plastic lunch tray, when I decided to ditch my red pullover sweater. It was one of those typical early spring days in New Orleans when the day starts off crisp, but then takes a sharp turn for warm around noon. At my school, when it was cold, girls had the option of swapping out our plaid jumpers for navy blue pants. Even then I had a low threshold for below 70 degree temps, so the navy blue pants were my frequent jam. But now I was hot, pressed between a few dozen rabid seven-year-olds on bail from the constraints of schoolwork, not to mention my sweater was one size too small and restricted my cinnamon roll hand-to-mouth coordination. I attempted a self-rescue, but couldn’t twist my body that way. So, I raised my hand. This is when everything quickly fell apart.

“I can’t get my sweater off,” I said, struggling. My arms were basically in a straight jacket at this point.

First she pulled the sweater down, freeing my arms from the tight hold. And then she gave a command that would have such lasting effects that to this day I wear loose sweaters.

“Raise your arms above your head,” she said.

And I did because why question wonderful, all-knowing Ms. Fallo?

Except that Ms. Fallo, oblivious Ms. Fallo, didn’t know that my tight sweater had attached to my blouse. As the sweater rose above my waist, so did my blouse. Up, up, they slowly crept together, like a snarky team, until I felt a chill just below my neck.

It started out as just a couple of gasps that grew to a whole chorus of gasps and then quickly advanced to laughter, rolling laughter. I could hear it through my muffled ears as Ms. Fallo, deceptive, wicked, disappointing Ms. Fallo, wrestled to pull the sweater from my head.

David Warren had the first word.

It had maybe only been three seconds, but time took on a certain elasticity. The nasty boy chortles, led by that dumb David Warren, seemed to go on for hours.

Ms. Fallo had finally noticed. Hastily, she pulled down my blouse and ripped the sweater from my head.

“Okay, boys. That’s enough,” she said, as her eyes narrowed on dumb David.

I was keenly aware of heat rising in my cheeks. Undoubtedly they were as red as the sweater–that stupid, son-of-a-bitch sweater that caused me to flash the entire second grade. And I was just as conscious of the tears rising to the top of my eyeballs. But, no! I would not cry. I would not let gross, wiry-haired, dumb David Warren and his even grosser, rotten friends get to me. So I finished my cinnamon roll and pretended that none of the preceding humiliation even happened, like it was perfectly normal to strip on taco day.

At recess we played kickball and when I stepped up to the plate, the boys snickered, but I ignored them again and raised my chin. Then later, while we were learning punctuation, dumb David placed two periods side by side on a piece of paper.

“Look. It’s Annie,” he said, delighting in his cleverness, showing his cronies, and doubling over.

I just looked at my composition book and wished for the elasticity of time to eventually give out. And it did. By third grade no one really talked about that time I raised my shirt on taco day, except for dumb David, who continued to toss me crumpled pieces of paper with two dots inside until even his idiocy realized the joke was old. But I remained inwardly mortified and each time I recalled that time my head was stuck in a sweater and my chest was on display for 100 second graders, I could feel myself shrink.

Life just has this cunning way of keeping us grounded. And like all imperfect persons, I kept right on stepping into embarrassment. Notable occurrences of my indignity include but are not limited to that time my wedge espadrilles slipped out from under me in the Alpha Tau Omega house and I exposed everything my thong didn’t cover to several frat boys. Or that time I wiped out on an icy puddle in Manhattan. Or that time, also in Manhattan, when I shook my groove thing with such conviction that my newly acquired black leather pants split. Or what about that time last year when I was dancing at a party, feeling all hot and sexy, only to break the three-inch heel off my peep-toe boot and subsequently find myself begging the bartender for duct tape? Silver industrial tape has a way of killing a look, and your pride.

To me, it seems that the moment we reach the pinnacle of sophistication, whether it’s savoring a coveted cinnamon roll after slaying handwriting class or owning it with a sultry look for a party, we unceremoniously either flash the second grade or break our heel. And as with the Red Sweater Affair, as I came to call it privately in my head, each time that I am knocked off of a glorious cliff, I play like I never fell. And while never letting them see me sweat displays a certain confidence, how much am I really in control when everyone still laughs and I still shrink away?

Michael has that kind of innate coolness that really can’t be taught. He was born badass and with an assuredness that just is–living proof that cool isn’t a choice. But his fly guy ways don’t exonerate him from brushes with awkwardness. Michael notoriously finds himself the focal point of what would ordinarily be humiliation. Except that Michael doesn’t pretend it away. He practically embraces each and every trip, stumble, and fall. Moreover, he is always, without fail, the first to laugh at his gaffes. Somehow he knows at age ten what I didn’t realize until age forty: If they’re laughing with you, they aren’t laughing at you.

As the instigator of the banter, Michael also decides when the scene is complete. When he stops laughing, the joke is over. Embarrassment to him is comedy gold, a comic relief that he basically gifts to others. Even that time he was “pantsed” in the boys’ bathroom, he viewed the blooper as a favor to his friends. Such authority requires a particular esteem. He’s too young to realize it, but for a ten-year-old, Michael has enormous respect for himself. It’s as if he reveres himself too much to sweat. So instead, he just laughs.

And I asked him once why he navigates life’s hurdles in such a way.

“Because it’s more fun,” he answered.

So that’s the secret, straight from the mouth of a babe. While I’m busy denying that it even happened, I’m also denying myself a little fun.

My bruised ego still has a lot to learn, but I know enough to know that if my endgame is to be an approachable, trustworthy, and compassionate human being, then why deny the occurrence of one of the most normal results of being an imperfect human? We all slip on a banana peel from time to time. And while it’s likely that you didn’t flash the entire second grade on taco day, you’ve suffered equal mortification. And, perhaps the most confident among us, like my ten-year-old, don’t take themselves too seriously.

So maybe, just maybe, the next time I find myself in the likes of a Red Sweater Affair, it’ll be my laugh heard first.